Ugo La Pietra‘s research about “le immersioni” from “the de-balacing system” he theorized.

The theory of the De-balancing System applied to the “sign”, to the urban plan, is placed in a fairly understandable historical dimension: the refusal to operate with the logic of the system and, therefore, the identification of aesthetic works capable of decoding, of provoking, of providing the chance to break the pre-established patterns. This is what I wrote in 1966: “The essential hypothesis on which my research is based is expressed through the study and the definition of the degrees of freedom that can be found in the “organised structures”. Once these have been identified, the design solutions reveal themselves through precipitations – at any scale of the work – capable of building fractures into the programmed base.

The sum of these fractures should lead to the formation of a “De-balancing System” capable of involving any type of formalisation process. The investigation into the various disciplinary fields (on the hypothesis formulated) has led me to the clarification and the surpassing (in the sphere of two-dimensional and objective research) of the issue relative to programmed art: inserting those break-up elements that are easily identified with the concept of the “De-balancing System”, as described above.

In my more recent productions at the environmental level, which gave me the chance to manipulate more complex elements – by which I mean the essential components of space: sound, light, colour, time, etc. – I was able to transfer the experiences expressed earlier in an even more allusive way (directly involving the behaviour of the individual) to this new scale of work, thus enabling me to better indicate some spatial informant concepts.” 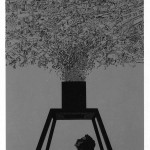 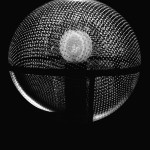 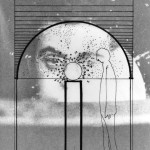 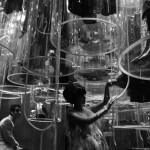 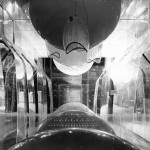 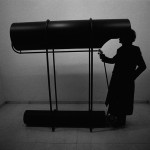 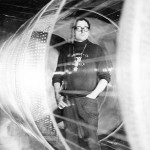